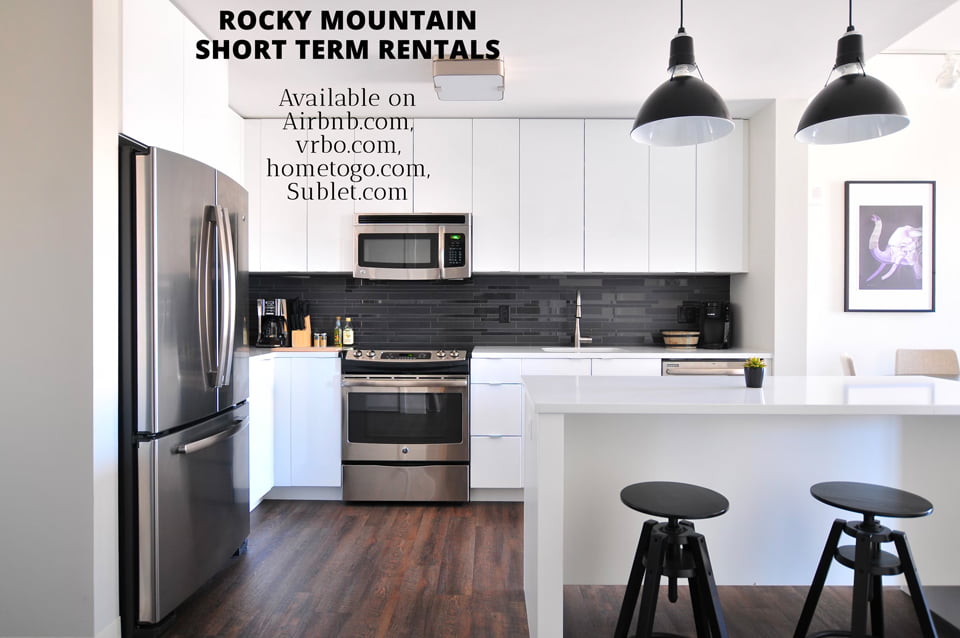 STRs are typically defined as a residential property that can be rented for less than 30 days. They may include an entire property or just a portion of a property. The owner or property manager for an STR should generally obtain a sales and lodging business or tax license as well as a specific STR license in order to legally rent their property on a short-term basis.

In the past decade and even more so since the pandemic started, property values have seen record-setting increases in Colorado. While property owners have benefited from the appreciation of their properties, the phenomenon of the situation has caused a housing crisis and in turn a labor shortage, especially in resort towns. It is believed that short-term residential rentals (STRs), is the primary issue causing this housing crisis.

There are layers of both local and state, as well as private leases and covenant laws and regulations governing STRs. Most recently, both local officials and state legislators have introduced ballot initiatives, new legislation, and local regulations, in order to assist in not only controlling the growth of STRs, but in certain cases, banning them altogether.

The Colorado General Assembly passed HB 20-1093, during the 2020 legislative session. This bill authorizes counties to adopt ordinances that regulate and license STRs.

Also in 2020, legislation was introduced that would reclassify residential STRs as non-residential or commercial, which, if passed, would increase the taxes on those STRs by more than three times. A similar bill was introduced in 2021 by the General Assembly’s Legislative Oversight Committee. While both the 2020 and 2021 bills were rejected, a new and similar bill, that would re-classify the tax status of STRs, is expected to be introduced in the 2022 legislative session.

In addition to the Legislative initiatives to increase taxes on STRs, there have been a rash of ballot initiatives for increasing taxes in order to slow the STR growth that has occurred over the past few years in mountain towns. For example, in 2021, Avon voters approved a 2% tax on STRs. The proceeds from this tax increase, which first went into effect on 1/1/2022, is expected to help fund community housing and generate between one and one and a half million dollars in revenue each year. Also in 2021, voters in Leadville approved a 4.92% accommodation tax on STR units in order to fund affordable and community housing.

Permits and licenses are typically effective for one or two year terms and have to be renewed prior to expiration, for those counties that require them. A responsible party (for emergency response) and proof of insurance can also be a requirement for some counties and municipalities.

Local governments now have the challenge of establishing a balance for all the competing players, including and not limited to, the STR companies such as Airbnb and VRBO, STR realtors, the hospitality industry and property managers. Some parties are hoping for more regulations, such as local residents, who perceive many negative impacts that STRs can have on their communities (neighborhood safety, community character, etc.), while others would like to see fewer restrictions in order to benefit the listing owners, property managers and tourism industry in general.

Eagle County does not require a permit or license for STRs. Vail does require the owner or property management firm to register the STR, however. Registration requires an affidavit, signed by the owner or the property manager or management firm, under penalty of perjury, certifying that the STR is in habitable condition and complies with certain health and safety standards. If the STR is located within a duplex, the owner or property manager must provide written notice to the last known address of the adjoining residential dwelling unit. Each owner or property management firm is required to appoint a natural person who remains within “a sixty (60) minute distance” of the STR and is available 24 hours per day, seven days a week, to serve as the STR’s local representative. Complaints related to the STR are to be directed to the local representative. **Watch 5/17 Vail Town Council Meeting re: Short-term rental changes**

In 2018, Summit County started regulating short-term lodging and vacation rentals by requiring property owners to obtain permits. The Summit County Board of County Commissioners (Board) voted on adopting Ordinance 20 in order to improve STR regulations.

When it was discovered that over 30% of Summit County properties were STRs, which was causing a loss in workforce housing, and businesses had to cut back on services because they could not find employees, the Board instituted a 90-day moratorium on the acceptance of new STR applications. This allowed the county time to review data and propose further regulations and amendments.

Ordinance 20 was amended shortly thereafter with Ordinance 20-B, to create a two-tier license system, one for resort zones and one for neighborhood zones. The resorts had fewer regulations including allowance for a higher occupancy and no restrictions on the number of nights rented. Whereas the neighborhood zones allowed for three different types of licenses depending on the number of nights the STR is rented.

Commissioners of Pitkin County unanimously approved the first reading of an ordinance that would require licensing for STRs as well as various regulations for certain unincorporated parts of the county. The county is waiting on a subsequent public hearing for the second reading of the ordinance.

Vacation rental permits are required by STR owners in Aspen. Lodges, hotels, bed and breakfasts, and Individual rooms within a residence are currently exempt from this requirement. Aspen requires property owners to notify their HOA when they apply for a vacation rental permit.

Although Aspen currently allows STRs, without limitations in most city zones, changes to the current regulations are forthcoming. Due to the lack of availability of affordable local housing for employees as well as existing residents, an immediate moratorium on the acceptance of any new residential development and building permits or applications for STR licenses was imposed by Aspen’s City Council. This moratorium is currently being challenged by the Aspen Board of Realtors.

HB 19-1240 was passed in 2019, which establishes “marketplace facilitators” to be responsible for sales tax collection.
According to the Colorado Department of Revenue, “[o]wners and managers of units rented for less than 30 consecutive days are required to collect and remit sales taxes. Applicable state, special district taxes, county lodging and local marketing district taxes, [and] all state-collected local and county sales taxes are also due on the rental price.” Although the legislature has considered the issue, Colorado has not yet passed a change in the property tax classification of property used for STRs.

Because HOAs can also impose regulations for STRs, they are struggling with many of the same issues that local governments are facing. HOAs do not enjoy the power that local governments have over STR issues because the Colorado Common Interest Ownership Act governs most HOAs and limits their ability to make regulations that differ from the recorded covenants and declarations establishing the HOA community. HOA boards lack the authority to change covenants in the declarations through rules and regulations and therefore, it is recommended that they discuss STR issues with the developer and Goodman and Wallace, P.C., prior to drafting new documents for the HOA.

Goodman and Wallace, P.C. recommends that new leases either include a prohibition of STRs or a specific permitted use statement for STRs. Many third party STR facilitators do not ask for verification that the person creating the listing has permission to list the property as an STR. If part of an HOA, the lease must be consistent with the STR rules and regulations of the HOA, or the property owner would be liable for any violations.

STR legislation, ballots, rules and regulations, and ordinances are rapidly changing and evolving. With various interested parties all having very different views, it is difficult to find a balance that will appease all. Let Goodman and Wallace, P.C. assist you with resolving your Tax, HOA and Lease issues as they relate to STRs.